If patient demand, malpractice costs, the aging population, and advanced technology do not explain the rising
cost of heath care, what does? There are two major factors that contribute to the cost: a fragmented system
that multiplies administrative costs and the fact that health care providers control the prices rather than the
consumers. Much of the money spent on health care in the U.S. is not for medication, tests or treatment, but
for administrative costs. Countries that have reduced money spent on the administrative aspect of health care
costs spend less on health care while providing higher quality care than the U.S.

At a global point of view, the Canadian society is probably the most similar to U.S. society. Comparing these
two countries helps illustrate what influences the high cost of health care in the U.S. 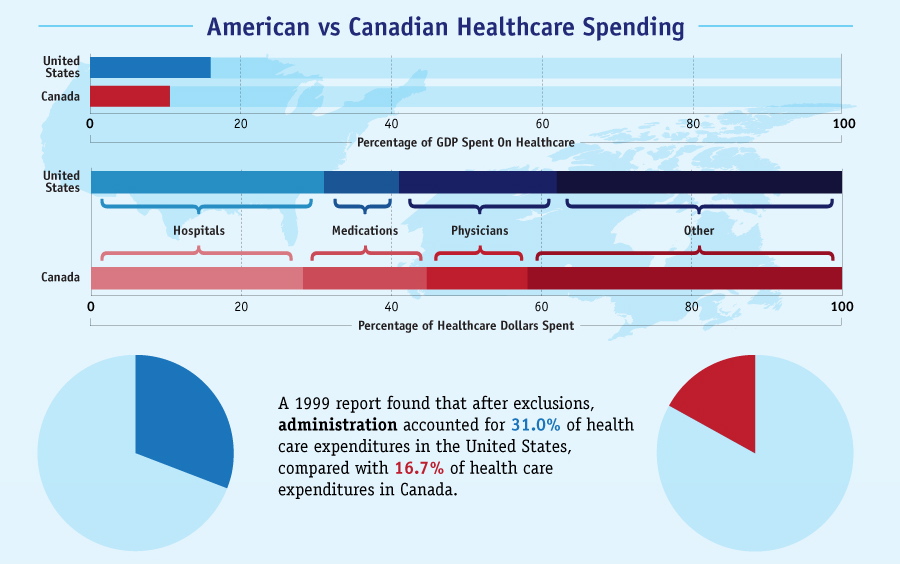 
The major points about the Canadian health care system [3]:


The major points about the U.S. health care system [3]: