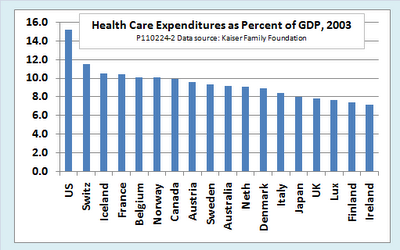 For many years the cost of health care has risen steadily to the point that the U.S. health care system is now in a crisis. During 1980, Americans spent on average about $1,000 per person (in 2010 dollars) for medical care, drugs, supplies, and insurance. Those cost increased to more than $8,000 per person during 2010 and are expected to pass $13,000 per year by 2019 [3]. At this point, health care in the U.S. consumed about 18% of Gross Domestic Product.

The cost of health care could be justified by the quality of care; however, this is clearly not the case. Despite having the most costly health system in the world, the United States consistently under- performs on most dimensions of performance, relative to other countries. Compared with six other nations—Australia, Canada, Germany, the Netherlands, New Zealand, and the United Kingdom—the U.S. health care system ranks last or next-to-last on five dimensions of a high performance health system: quality, access, efficiency, equity, and healthy lives. Newly enacted health reform legislation in the U.S. will start to address these problems by extending coverage to those without and helping to close gaps in coverage—leading to improved
disease management, care coordination, and better outcomes over time [3]. 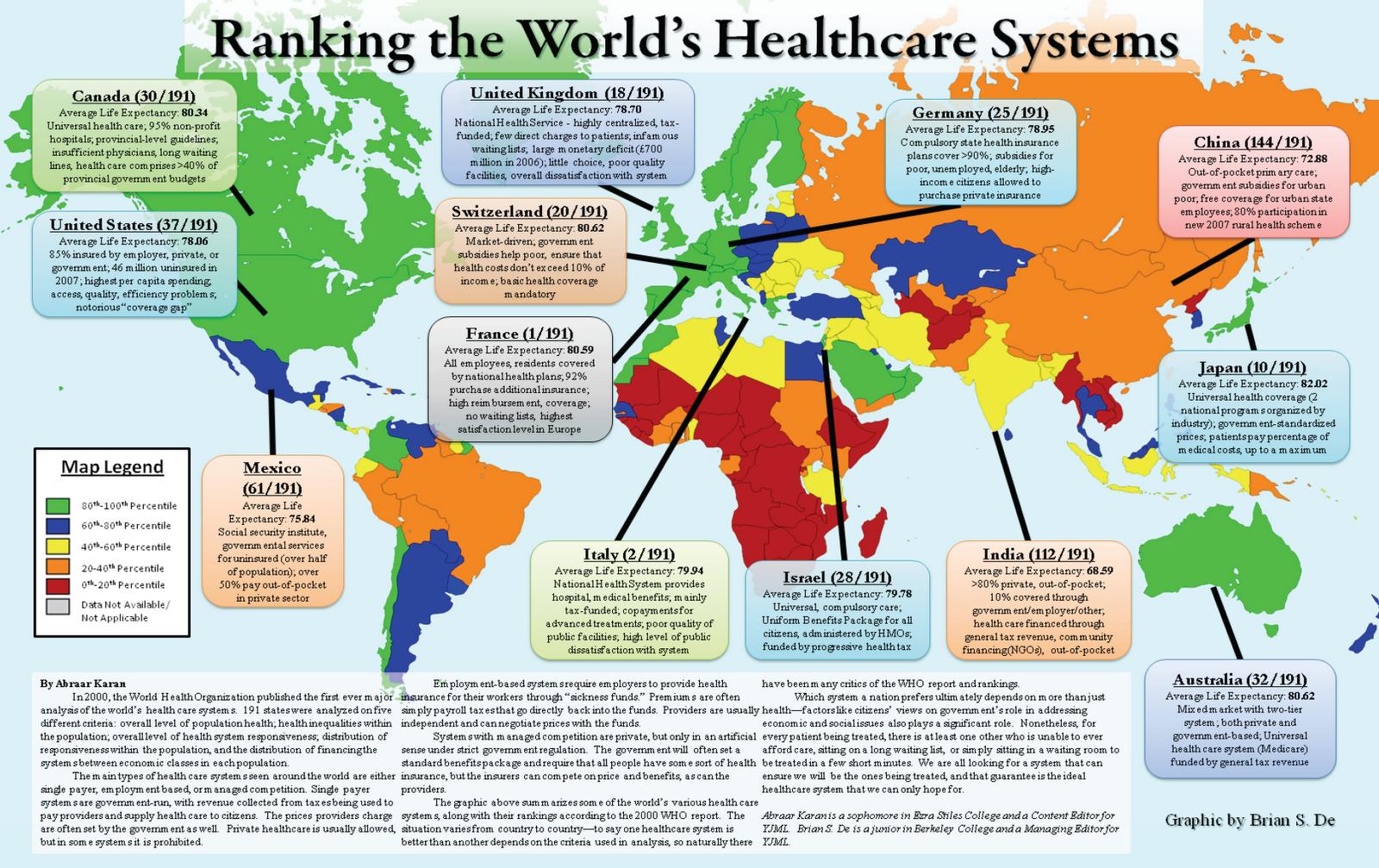 Based off this map, you can clearly see the difference in quality between the countries; however being one of the leading developed countries, the U.S. falls short and ranks in the 60th-80th percentile.

Here are some other figures that compares and contrast the quality of the U.S. heath care system to other countries: 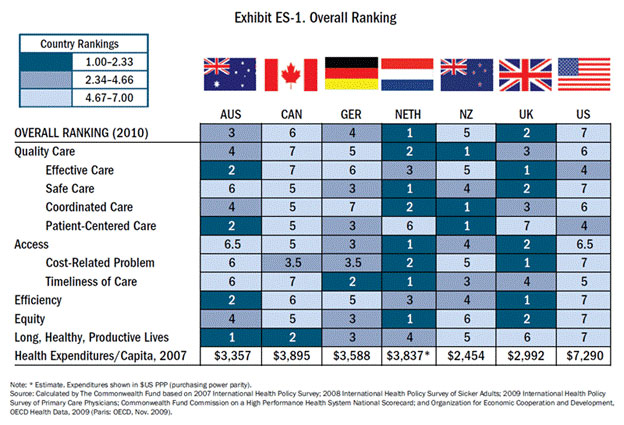 This table provides a snapshot of how the seven nations rank on the domains of quality, access, efficiency, equity, and long, healthy, and productive lives. The Netherlands ranks first overall, scoring highest on access and equity. The United Kingdom, which ranks second overall, scores best of the seven countries in terms of efficiency. Australia ranks highest on long, healthy, and productive lives. New Zealand is first on quality of care. Canada and the U.S. rank sixth and seventh overall, respectively. 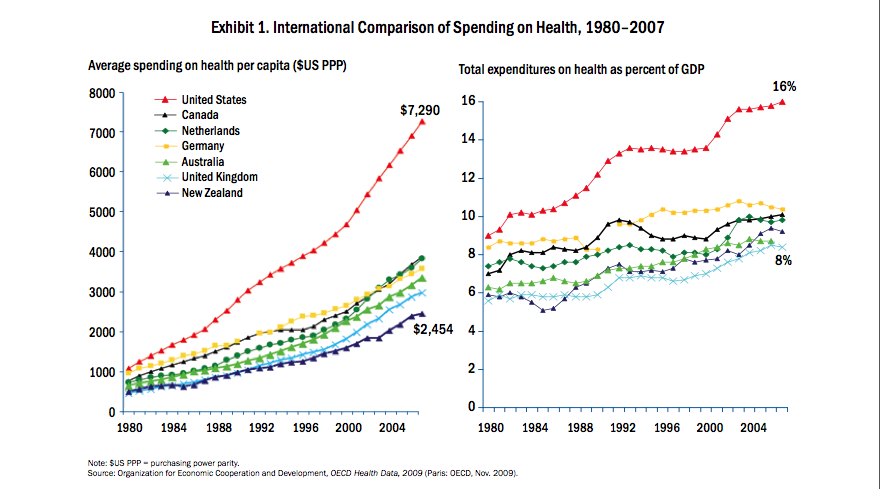 Over the past decade, leaders in the United States have begun to realize that the nation’s health care system is far more costly and does not produce demonstrably better results than any other system in the world. It is increasingly clear that the United States has nowhere near “the best health care system in the world,” and that performance often falls markedly short of that of other countries.2 Despite this awareness, costs continue to accelerate relative to other countries (Exhibit 1). To do better, the U.S. must search for lessons that might be adopted or adapted to improve its system. [4]. 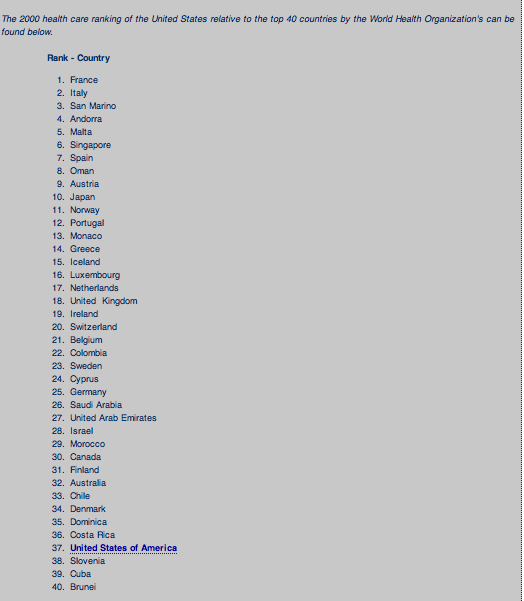