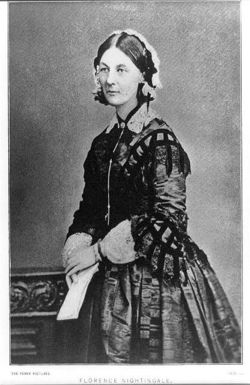 Few individuals have influenced modern hospital practice and physical design as did Florence Nightingale (1820-1910). A pioneer in epidemiology, nursing, and hospital administration, she advocated concepts in hospital design which permeate health care architecture to this day.

One of the most dramatic demonstrations of the application of "sanitarian" concepts in hospital care was a Scutari, Turkey during the Crimean war (1854-1856). A squalid hospital created from a former Turkish army barrack, Scutari experienced a 42 percent mortality rate among the 2,500 patients typically housed in the facility. Nig 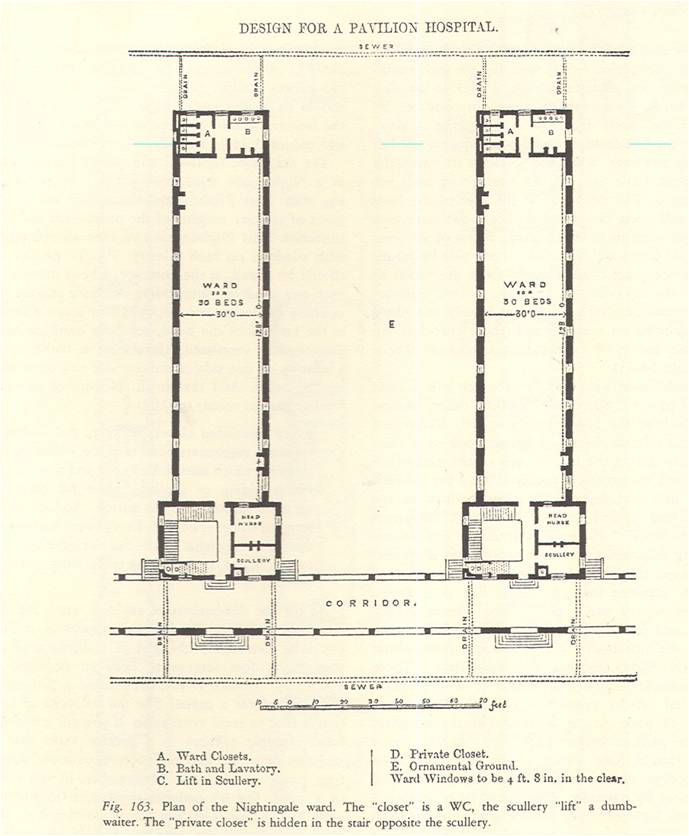 htingale lead a team of nurses that applied basic sanitation concepts - dressing wounds, cleaning patients and their clothes, and creating good air circulation. Mortality rates were cut in half through these, and other, techniques.

Although it would be twenty years before the concepts of germ theory would be establish, Nightingale became an influential advocate of air circulation and sun light as key concepts in hospital design. After returning from Turkey, her publication Notes on Hospitals was highly critical of design under construction in Britain. Her concepts evolved into was is commonly referred to as the "Nightingale ward." This plan advocated maximum air circulation and minimal building elements that could harbor dirt. The "ideal" nursing unit would house 32 patients (based on nursing management concepts) in a unit that was approximately 30 foot by 128 foot, with a 16-17 foot ceiling height. This nursing unit concept became a linchpin of the "pavilion" model of hospital design.