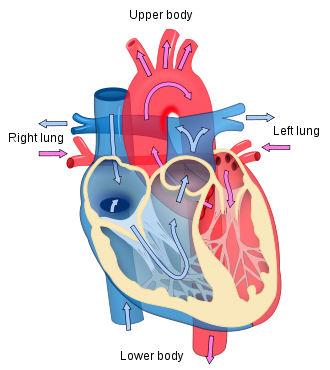 Cardiology is a medical specialty dealing with disorders of the heart. It is a specialty of internal medicine. The field includes medical diagnosis and treatment of congenital heart defects, coronary artery disease, heart failure, valvular heart diseaseand electrophysiology. Physicians specializing in this field are called cardiologists.

On top of cardiologists, there are also cardiac surgeons (cardiothoracic and cardiovascular) who are surgeons who perform cardiac surgery via sternotomy - open operative procedures on the heart and great vessels.

The earliest operations on the pericardium (the sac that surrounds the heart) took place in the 19th century and were performed by Francisco Romero, Dominique Jean Larrey, Henry Dalton, and Daniel Hale Williams. The first surgery on the heart itself was on September 4, 1895 in the present-day area of Oslo; the patient was fine for 24 hours but ended up dying after that. The first successful surgery of the heart, without complications, was in Frankfurt, Germany, on September 7, 1896.