According to a 1989 Health Insurance Association of America (HIM) national survey, approximately 99 percent of births in the United States took place in hospitals, 0.5 percent occurred in birth centers outside hospitals, and 0.4 percent occurred at home or in other location. These statistics, while confirming that births continue to occur overwhelmingly in hospitals, do not reflect an important change in the birthing environment that is currently underway- namely, the growing interest in freestanding facilities. Whether the often sold-out seminars on these birthing alternatives are an indication that their numbers will increase is not yet known. 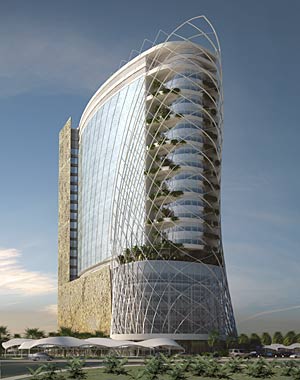 Hospital-based facilities are usually a floor, wing, pavilion, or building attached to a hospital. Cesarean section capability and anesthesia are essential elements of hospital-based services and are usually provided on the unit, rather than in the surgical suite. In some cases, the birth facility has become a specialty hospital or is part of a women's and infants' hospital.

According to an AHA report, 90 percent of hospitals surveyed had an obstetric unit within the hospital (2,194), 5 percent reported births but did not have a designated unit, 1 percent had an exclusive women's hospital within a hospital, and less than 1 percent had a separate and distinct women's specialty hospital.

Many different hospital-based models are being implemented, especially with the current trend toward strategic alliances and mergers among health organizations. When hospitals in the same geographic area merge, they often consolidate their obstetrics and nursery services and move them to one of the cations. Alternatively, they may create a new community birth service near patients' homes and designate one of the existing hospital locations for high-risk care. The trend toward managed care hospital's role as a birth set important part of health maintenance organizations (HMOs), with up to 25 percent of expenses related to obstetrics. In recent years, hospitals without obstetric services have often added them for fear of losing their attractiveness in a managed care marketplace.

Although hospitals continue place of choice for a large percentage of women, they will encounter increasing competition from freestanding facilities that offer an alternative birthing experience. Many hospitals have already begun to incorporate some features of freestanding centers in continue attracting women who want both the technology of the hospital and the family-oriented approach of the freestanding centers. Advantages of hospital-based birth facilities include:
Despite their traditional popularity, however, hospitals have certain disadvantages, which may make freestanding facilities a more popular alternative in the future. The major disadvantage of the hospital is that it is often more expensive than the freestanding center for normal deliveries. Higher costs are predominantly a result of greater overhead, building regulations, and staffing requirements. 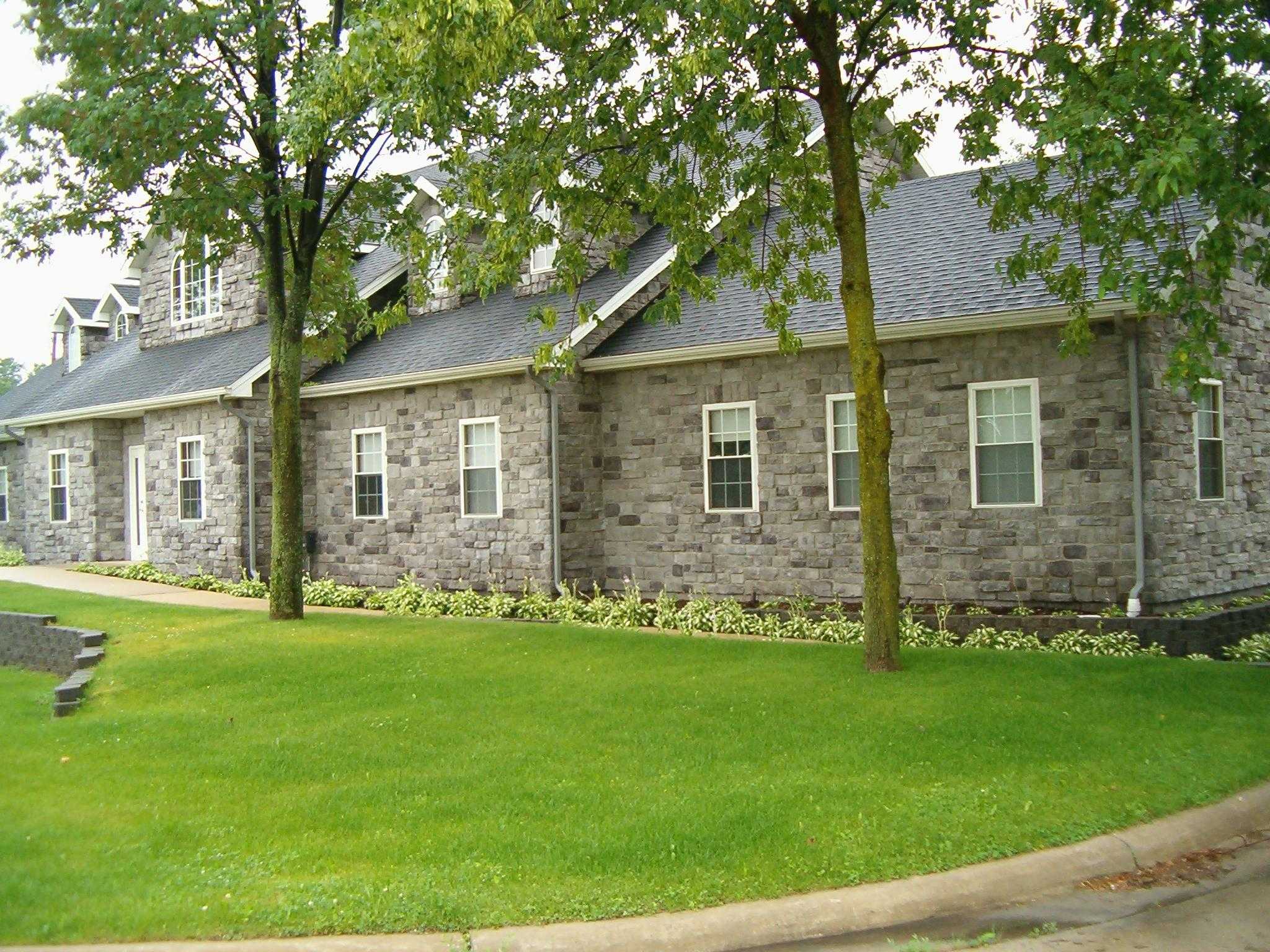 A freestanding facility is a birthing facility not attached to or within the walls of a hospital. This facility usually accommodates patients with short stays and could be combined with ambulatory surgery or other outpatient facilities. This definition is similar to the American Public Health Association's (APHA's) definition, which defines a freestanding birthing facility as "not a hospital." The same definition was used in the Guidelines for the Construction and Equipment of Hospital and Medical Facilities, 1992-93, published by the American Institute of Architects with assistance from the U.S. Department of Health and Human Services.

Because national standardization of freestanding birthing centers are nonexistent, state governments may define them differently. For example, in 1984 the Florida legislature enacted the Birth Center Licensure Act and defined a birth center in more restrictive terms than the APHA did as "a facility, institution, or place, which is not in an ambulatory surgical center or in a hospital, in which births are planned to occur away from the mother's usual residence following a normal, uncomplicated low-risk pregnancy." Florida has a relatively high number of centers in comparison to other states. The state reported 11 licensed birth centers but dropped to 20 in July 1995. Ohio had 3 approved centers in 1994. The development and operation of Ohio centers required certificate-of-need (CON) approval in 1994, although most CON regulations are being phased out in Ohio as a result of 1995 legislation. As of mid-1995, the Ohio Department of Health had no rules specific to freestanding birthing centers other than licensure. A set of proposed rules regarding manuals, annual state reviews, minimum room sizes, and equipment requirements was under consideration at that time.

States not only define these centers differently, they may also use different names to describe them - for example, "maternity centers." This lack of consistency in terminology and definition makes it difficult to determine exactly what constitutes a freestanding birthing facility.

Freestanding facilities may be owned by a hospital, a health care system, physicians, midwives, managed care organizations, or other entities such as unions and large employers. To date, certified midwives are the primary providers of care in most nonhospital, freestanding centers. These centers usually accommodate fewer than 500 births per year. Typical freestanding center operations are based on the normalcy of birth; they do not offer services such as episiotomies, epidural anesthesia, and cesarean sections, and they usually discharge patients within 24 hours.

In recent years, hospitals, physician groups, and managed care organizations have become interested in opening short-stay, freestanding facilities with cesarean capability, anesthesia, and overnight accommodations for patients with complications. These minihospitals do not fit easily into existing definitions. For example, Regency Medical Center in Winter Haven, Florida, is a freestanding ambulatory surgery and birthing center located a few miles from a hospital. Although it is not on a hospital campus, it does not qualify as a freestanding birthing center according to state agencies in Florida because it is part of an ambulatory
surgery center and can accommodate cesarean patients.

As new models become more prevalent, the current distinctions among facilities will become more and more blurred. New defmitions are likely to emerge.

Freestanding settings often have the advantage of low facility, staff, and operating costs as compared with the full-service hospital; but they do not usually accommodate high-risk patients. The National Association of Childbearing Centers Survey (1991) reported a savings of 35 to 49 percent over hospital charges in the same community for the same types of patients. This cost differential has existed for the past 20 years, as measured by Blue Cross and Blue Shield of Greater New York. The Blue Cross report documented lower costs in its study of 169 freestanding birth centers, which compared patients with similar backgrounds
and risk factors.

In summary, advantages of freestanding centers include:

Current barriers to the wider acceptance and use of freestanding facilities include:

Summary
The delivery of obstetric care has changed dramatically during the past 20 years as the surgical model has been replaced by less traditional and more family-oriented options that allow family members to participate and become partners in the birthing experience. As families demand this new kind of care, health care facilities are responding not only with new facility designs but with changes in attitude, education, and philosophies that reflect this new family-focused service Although the vast majority of births continue to take place in hospitals, lessons are being learned from freestanding facilities, and models continue to evolve.


- From the Surgical Model to Family-Centered Care